Suite of Standards Out for Regional Discussion

A suite of standards for the tourism industry, ranging from environmental management to food safety and sanitation, as well as sewerage treatment management, are currently under development in CARICOM.

The Tourism Suite of Standards

The seven standards currently being circulated for public comment by the National Standards Bureaux in all 15 CARICOM Member States, are being developed by CROSQ. They are:

Mr. Fulgence St. Prix, Technical Officer – Standards, explained that after this period of public consultation the comments received will be disposed and the Draft Standards will be amended accordingly. Should the changes to technical content of the Draft Standards resulting from the comments received be extensive, the drafts will then be subjected to another round of public consultation, with the changes. 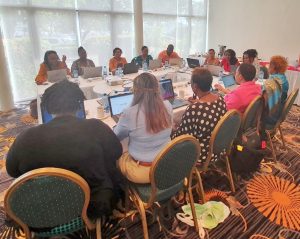 One of the Regional Technical Committees meeting about tourism issues for the standards.

Based on the composition of these standards, this tourism suite, according to Mr. St. Prix, could be the first set of standards to be examined for the possibility of framing them as sustainability standards for the sector.

CROSQ is currently exploring the feasibility of developing sustainability standards in the region, wherein the standard also examines the impact of the elements of the standard on the environment, producers and consumers for the future, and to ensure the products or services that derived are produced in a manner that considers such factors.

You can learn more about United Nations Sustainability Standards here.